Guns and Anti-Government Extremism in Nevada

The rise in violent white supremacist and anti-government extremism has permeated across the United States in recent years. All eyes were on Washington, D.C., on January 6, 2021, when—after years of rising tensions instigated by former President Donald Trump and his supporters—hundreds of militia groups and right-wing extremists attacked the Capitol. More than one year later, on May 14, 2022, a white 18-year-old espousing the racist "great replacement theory" fatally shot 10 Black people in a Buffalo, New York, grocery store. This white supremacist conspiracy theory posits that white people across the globe are going to be replaced by people of color.

These devastating attacks did not occur in a vacuum. Gun violence prevention advocates had cautioned for months that the dangerous rhetoric could manifest in violent, deadly extremism; however, many did not heed the warning. In 2016, the Center for American Progress—in partnership with the Institute for a Progressive Nevada—released a detailed report on anti-government violent extremism in Nevada that echoed across the country. Nevada has an infamous history of violent extremist and anti-government actions by some residents. Now, the state is at a crossroads, experiencing rising extremist rhetoric alongside calls for weaker gun laws that, if combined, could be devastating and result in higher levels of extremist violence.

This report is an update on the 2016 Center for American Progress report and examines how the combination of rising violent extremist ideologies and weak gun laws can lead to disastrous results for state residents. This report also presents the following policy solutions, which can be used to prevent future violent extremist attacks: 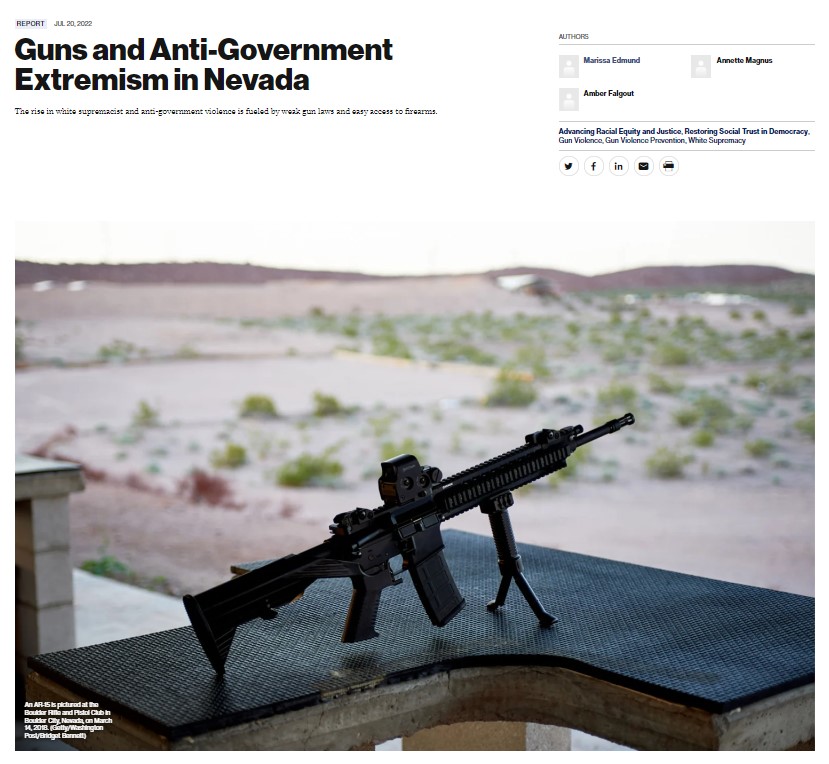 Please login first to save in your collection.

Save to my library